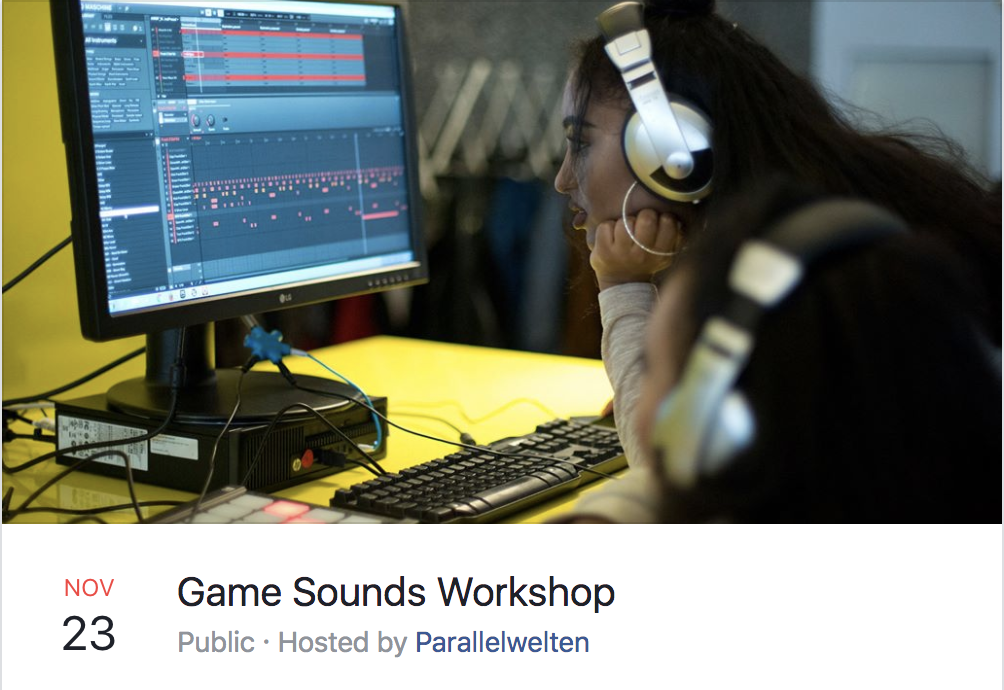 Once again I was invited by the Berliner Festspiele for a workshop.

This time it was about Audio for Games.

How do music and sound effects affect the gaming experience?
Sound has always played a major role in video games, be it to emphasize the fun, to help players solve the puzzle or simply to create the right mood.
In this workshop, we will learn what is needed to set a game well. Here we create our own sound effects, compose the music ourselves and combine it all with one game. Musician, composer and sound designer Billy Mello shows us how the soundtrack can change a game.

There are many differences between “regular” Audio and Game Audio.

One simple example would be the timing.

In regular audio (being it regular Music or Sound Effects for a film, for example), sounds are heard exactly the same time, at the same position.

But in Games, while you’re playing, sounds can happen in such different ways. Maybe you’re faster than your opponent (in a multiplayer game, for example) and you get to the Final Boss earlier than him.

You’ll be able to hear things differently by doing that.

The soundtrack could evolve from something tense, you could hear the Final Boss walking your way, and lots of other things that your opponent won’t hear.

Another simple example could be while you’re playing Holodance, VR game which I made the music.

If you miss some Orb, this specific sound won’t play. If somebody else plays and get this same note right, it plays and the game goes on.

Well, the workshop went through these Music and SFX issues, and in the end, students had the chance to change both Music and SFX of an existing game in Scratch.

Check the pdf of the presentation:


And, if you want to hear the audio examples of how background music and sound effects change our perception of the visuals, here’s the video.

Here’s one example of the game with SFX and Music (all made in Ableton with Ableton Push) created by the students.